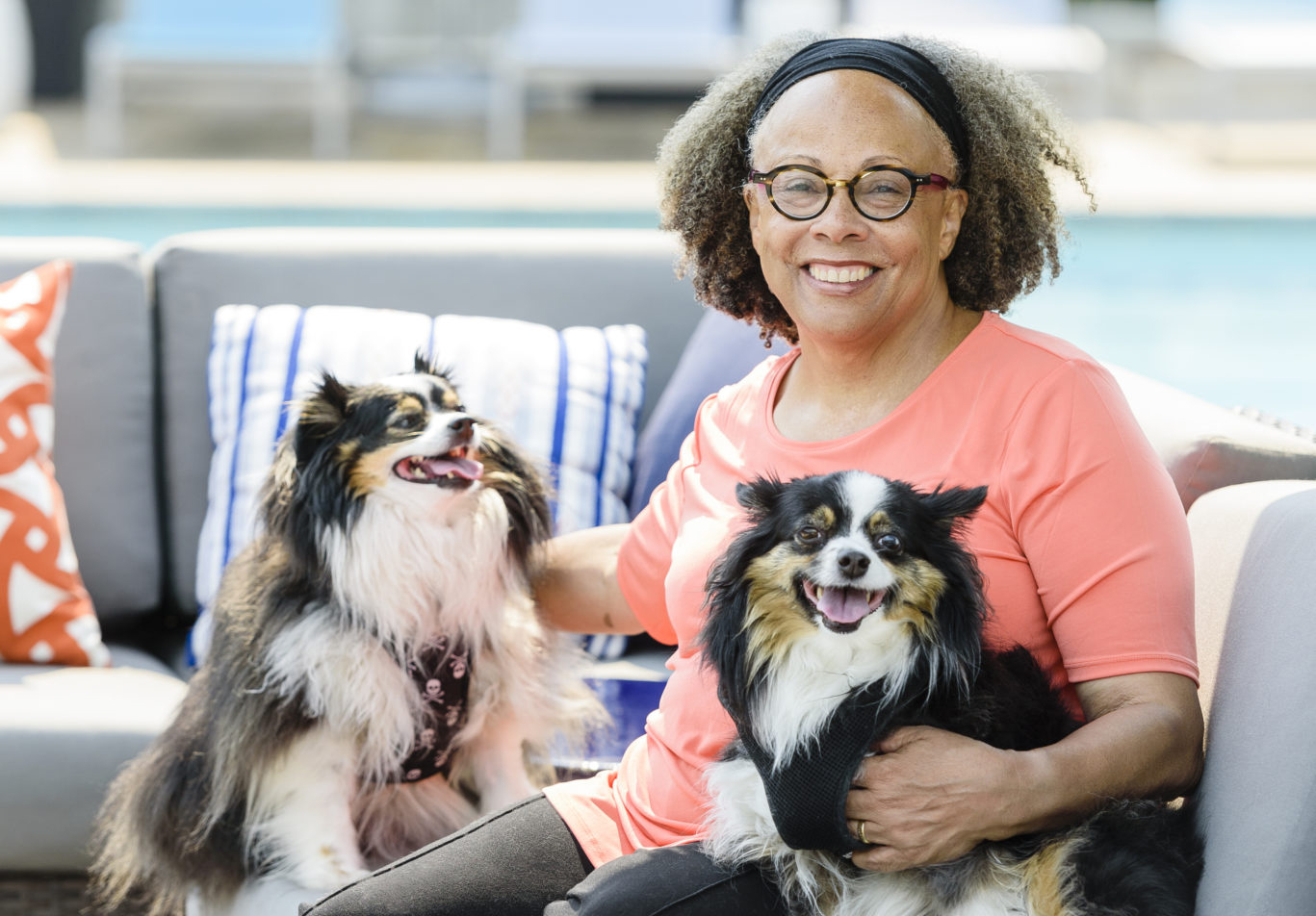 "All of us have stories to tell.
It doesn’t matter where the story is told, only that you hear it, write it down, learn from it, and share it."

When I began reviewing books for the Libraries, Shannon Riffe told me the story of Jewell Parker Rhodes seeing a book display in Hunt Library that featured Gayle Jones, an African American writer. Rhodes realized that she could be a writer, and went on to write over a dozen novels, two writers’ guides, and children’s books, and to teach writing at universities.

Completing the circle, Hunt Library is fortunate to host Jewell Parker Rhodes in a virtual event, “Heading to the Point: The Power of Representation” on November 9, 2022. She will discuss with Wanda Heading-Grant, the Vice Provost for Diversity, Equity and Inclusion and Chief Diversity Officer the importance of seeing yourself reflected in library displays, collections and reviews.

Register for this event 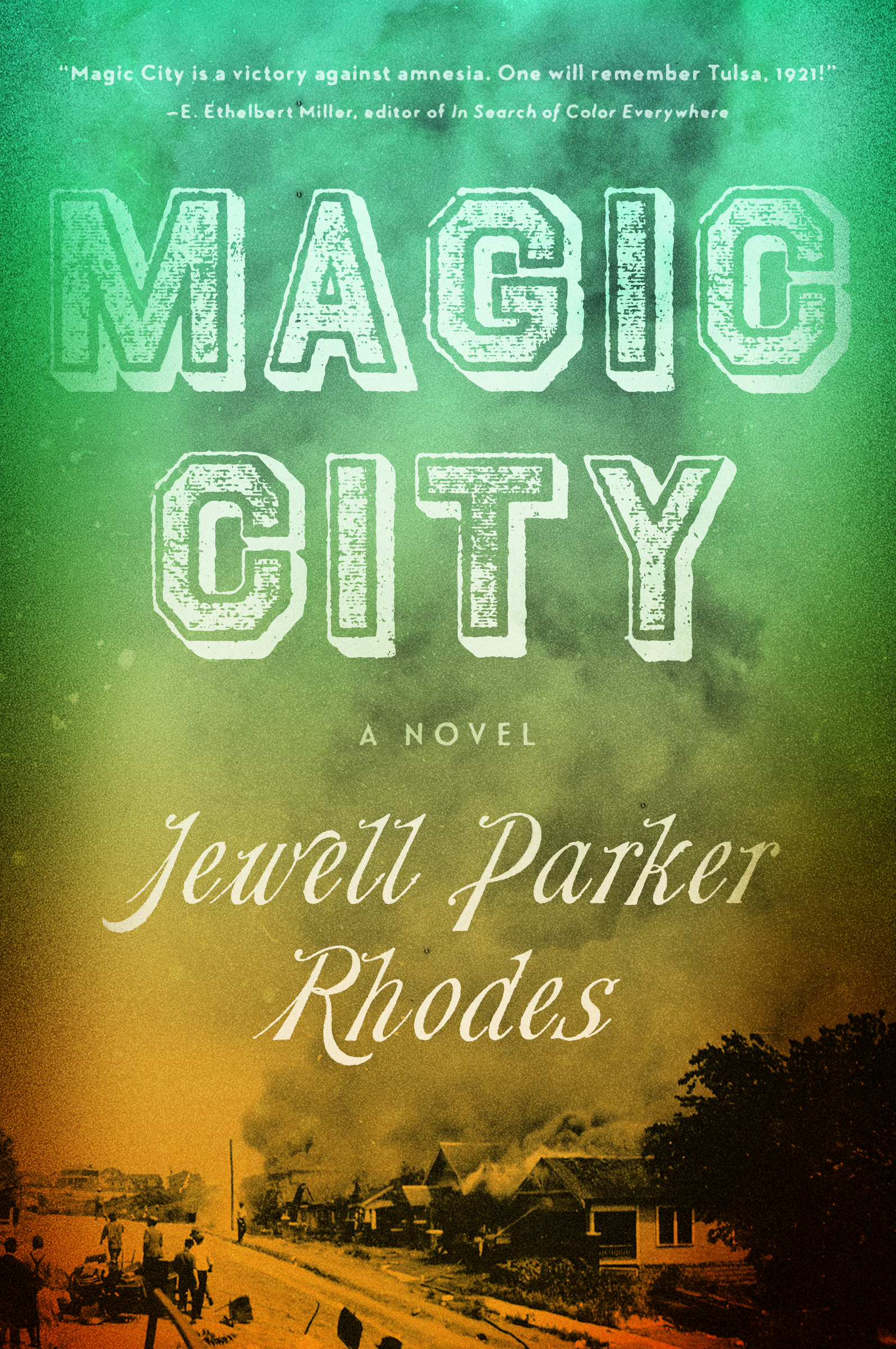 "Magic City" is Rhodes’ fictional retelling of the 1921 Tulsa massacre, the white mob attack on the successful Black community of Greenwood, initiated by a false assumption of a white woman’s rape by a Black man. Klan members and white Tulsans torched Greenwood and murdered its people, and the National Guard even bombed Greenwood from the air. The story has been hidden from history until recently; when Rhodes researched her novel in the 80s, she was threatened, accused of lying, and found her work difficult to publish. Only since the rise of (white) awareness of police brutality against African Americans and the Black Lives Matter movement has the story of the Tulsa massacre been more widely told.

Rhodes’ novel gives dimension and depth to the citizens of Greenwood, the “Black Wall Street” of Tulsa, and to the white residents: wealthy oil magnates, middle-class citizens and struggling farmers. The story alternates between the voice of Mary, a poor farmworker who lost her mother to childbirth and who suffers abuse by her father, and Joe, the son of a successful Greenwood banker. Joe defies his father’s expectations to work as a shoeshine, charming his friends with magic tricks and dreaming of becoming the next escape-artist Houdini.

Joe is haunted by the voice and vision of his brother, killed in the Great War. Mary is visited and guided by her mother’s spirit. Rhodes considers both Joe and Mary, letting Mary tell of her guilt over her mother’s death, her subsequent loneliness, the beatings and emotional abuse from her father, and rape from the hired worker she will be (unimaginably) forced to marry. Mary tries to escape her hard labor on the farm for a job as an elevator operator in the main office building of downtown Tulsa, where Joe shines shoes in the lobby. Jim Crow and Klan terrorism rule much of the country; in Tulsa, Blacks are forbidden all bathrooms in the building except the 14th floor and forbidden to use the elevator as well. Joe breaks this rule to enter Mary’s elevator. Lost in her rape trauma and barely noticing Joe, she cries out, and white patrons infer an attack, pursuing Joe through town to Greenwood.

Joe, who has always wanted to escape Greenwood, now must choose between fleeing for his life or returning to defend his community. Mary, who has never been listened to or believed, tries desperately to make the white leaders listen and believe her plea that Joe never touched her, that she panicked, remembering a rape by a white man. Rhodes builds suspense in the alternating stories of Joe escaping and Mary running to Greenwood to warn Black citizens, who are arming for the attack. In real life, the Tulsa woman never pressed charges. In Rhodes’ retelling, as in real life, whites destroy Greenwood, but we keep hoping for Joe to escape. Rhodes’ characters rise from the page to make indelible impressions of a hate-filled city and a close-knit Black community, in a story well worth revisiting. 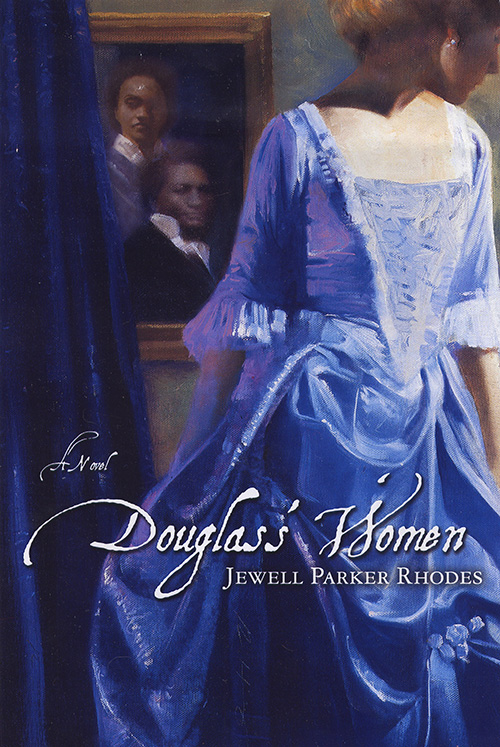 In "Douglass’ Women," Rhodes shines a light on Anna Murray, a free African American seamstress and house worker who helped Frederick Douglass escape to the North, a crime for which they both could be hanged. Anna first sees Douglass standing proudly on the bow of a ship in the Baltimore harbor. He is enslaved, but carries himself with such dignity, she is entranced. She decides on the spot to work towards buying his freedom and introduces herself. A relationship grows between them; Douglass proposes marriage, and they escape to Massachusetts with the help of William Lloyd Garrison and other abolitionists. Douglass becomes a famous orator and writer, leaving Anna for long periods while she manages their home and family.

Ottilie Assing, a wealthy, educated white woman, has traveled from Europe to America on a ship carrying slaves. She witnesses the suicide of Oluwand, a slave who ran from the horrors below deck to jump overboard. Haunted by Oluwand’s ghostly presence, Ottilie joins the American abolitionist movement and falls in love with Douglass. “He was like some king,” she observes. Their relationship begins with intellectual companionship but grows into love when Ottilie helps him escape a slave catcher and sail to England.

Anna never learned to read and write, instead finding satisfaction in raising her children, sewing, and keeping house. She relies on “penny-men,” traveling merchants, to take messages to her mother in Maryland, and can’t read the letters Douglass sends. She believes in Christianity and Black southern spirituality, receiving guidance from the bones of slaves drowned at sea. Ottilie enjoys white European status and wealth, education and mobility, yet suffers anti-Semitism, and gender discrimination along with Anna. Both women struggle with jealousy, anger, and loneliness. Douglass is mainly oblivious to the pain he causes, even inviting Ottilie to stay with him and Anna during summers. Driven by his passion to end slavery, he is cruel at worst, condescending at best. Douglass eventually did offer his support to the women’s suffrage movement, but in this book, he disparages Ottilie’s efforts.

As in "Magic City," Rhodes alternates between the two main characters’ voices, fully exploring both Anna and Ottilie’s lives. I was drawn to both, but certainly more to Anna, especially after Ottilie said of her, “She was unworthy of him. She should’ve been the slave.” Yet Ottilie does understand how both women “disappear” next to Douglass’ fiery oratory and fame. Anna recognizes her own worth; she says, “I’d survived by being me. Anna.”

Romantic passages are notoriously difficult to write, but each scene arises naturally from the narrative, and Rhodes writes with honesty and authenticity. I found myself wishing the book had been titled “Anna and Ottilie,” but linking the women to Douglass is more appropriate to the times, and for better or worse, more descriptive of their joys and sorrows. "Douglass’ Women" and "Magic City" are both fascinating novels. As a library worker, I’m pleased and proud that my workplace inspired Rhodes to bring these and other stories to life.