Discovering "The Story of Jane" 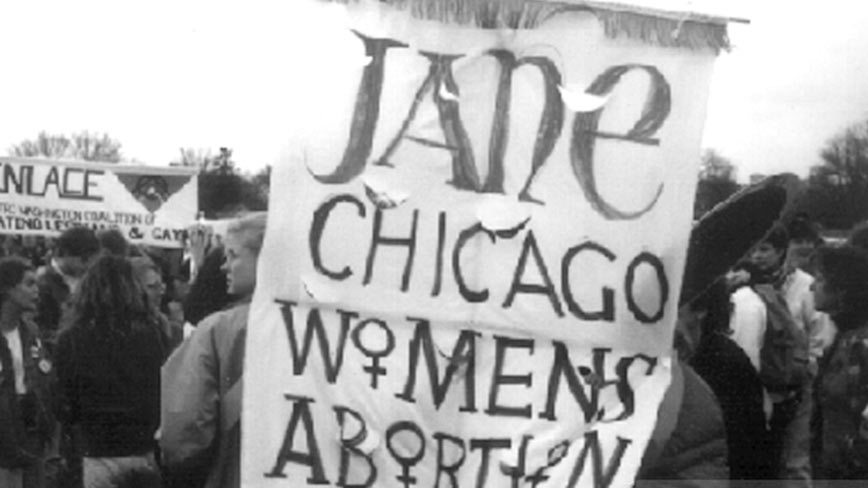 For those dismayed by the recent Supreme Court decision overturning Roe v. Wade, this book offers an amazing story of women’s resistance before abortion was legal. Written as a “collective memoir” by a former member of Jane, "The Story of Jane" describes the underground service provided to thousands of women and girls from 1969 until 1973.

Kaplan portrays the women of Jane not as “superheroes or Amazon warriors,” but as “ordinary women, housewives, students, and young radicals,” in hopes that readers identify with them. Many women might also identify with those who came to Jane – married women who already had children, girls in high school or college just beginning their lives, women with a history of difficult pregnancies or with any number of reasons to terminate.

The group began with one woman who volunteered with SNCC (the Student Nonviolent Coordinating Committee) during the 1964 Freedom Summer project. She helped obtain abortions for two women - one white and middle class, the other African American and in extreme poverty - and returned home to Chicago. She was astonished to receive more calls from women desperate for abortions, and she realized how necessary it was for woman to gain control over their bodies.

She found women to help receive the increasing number of callers. If they called someone back or left a message, they would say it was Jane calling. Giving counseling before and support throughout the procedure, Jane tried to offer each woman “a sense of her own personal power in a situation in which most women felt powerless.” They asked each one if she was certain and didn’t promote abortion as anything but a last resort. They also provided education about birth control and follow-up care, because at that time, women “had to know how their bodies worked; to not know was to risk their lives.”

At first, the group worked with a supportive doctor; eventually, some of the women learned to assist and even perform the procedures. Along the way, members held speak-outs and worked publicly on women’s issues as well as working within Jane. As the women’s movement began to raise consciousness across the country, they wanted to break the silence and let people know that “abortion was not a shameful secret that had to be whispered. The shameful part was what women were put through in trying to get an abortion.”

Kaplan also writes about how race and class affected women’s choices. Countering charges that abortion was related to the eugenics movement of limiting African American population, members of Jane saw reproductive choice as a necessity for all women. As one sympathetic gynecologist said, “the real tragedy of the poor black women I took care of was … they couldn’t control their reproduction. Without that … they were no more than chattel.” For women, economic opportunities, voting rights, and all other rights depend on their personal autonomy.

The Jane women tried to meet their callers on an equal basis, not the hierarchical model of all-knowing doctors dispensing care to inferiors. They never even referred to the women as “patients” - they were instead “partners in a political activity - partners in crime, to be exact.” Some clergy members, Protestant and Catholic, believed in and assisted Jane, referring women to the service and advocating for their privacy. Police, for the most part, turned a blind eye, knowing that Jane performed a necessary service. Still, there’s a driving, suspenseful pace to "The Story of Jane," as the women try and sometimes fail to keep their activities secret.

As the slogan says, "outlawing abortion doesn’t stop the practice - it only makes abortion more difficult and dangerous." Now that certain states have outlawed abortion, we already see networks connecting women with clinics in neighboring states. I had read about Jane before, but considering recent events, this book has become a guidebook to what could be our future. As one Jane member said, “People forget how horrible and sordid it was for women trying to get abortions back then... Things have to be pretty terrible to force you to act… When we saw that women could act on their own, it was a revelation.” Wherever you stand on the issue of reproductive rights, "The Story of Jane" offers many revelations. 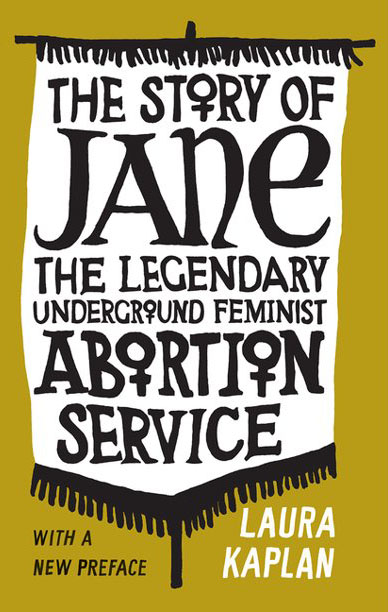 In 1969 - four years before Roe v. Wade decriminalized abortion - a group of women in Chicago responded to a critical problem: the danger and desperation faced by women who could not obtain legal abortions. The group set up an underground abortion referral service with a phone number and a single name: Jane. Soon in constant demand, the service saved lives while giving women affirmation of their right to control their own bodies. Determined to lower cost and increase safety, Jane eventually put an abortionist "on contract," and learned, while assisting him, the art of his work. Then, in their boldest step, the members took control of the entire process and began performing the abortions themselves. During the four years of the group's existence, Jane provided more than 11,000 women with safe and affordable abortions, abortion counseling, and health education. - Publisher's Description