Record of Robotics III: Looking Back to Move Forward 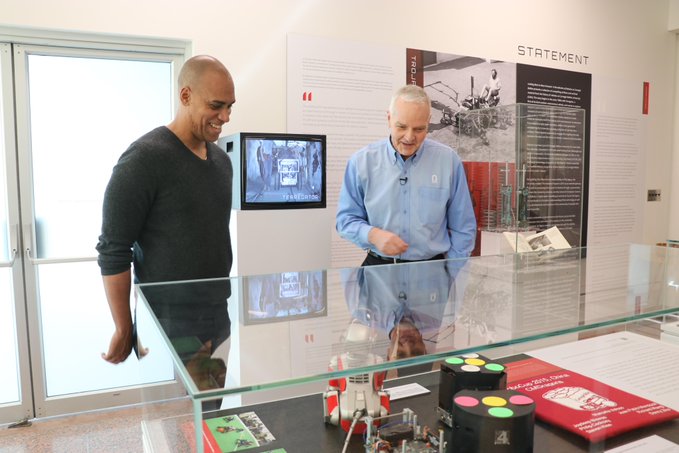 The University Libraries and the School of Computer Science recently joined forces for the March 15 event, Record of Robotics III: Looking Back to Move Forward. The event was the third installment in the Record of Robotics series, which has previously featured Red Whittaker and Chris Urmson in Part I and Manuela Veloso in Part II.

The event featured a virtual tour of the Robotics Project exhibition, “Looking Back to Move Forward / A Re:collection of Robotics at Carnegie Mellon” Martial Hebert, Dean and Professor, School of Computer Science and Matthew Johnson-Roberson, Director of the Robotics Institute. Following the virtual tour, Archivist and Oral Historian Katherine Barbera led a live Q&A featuring questions from the audience.