​A Recent Acquisition: Consider the Abacus 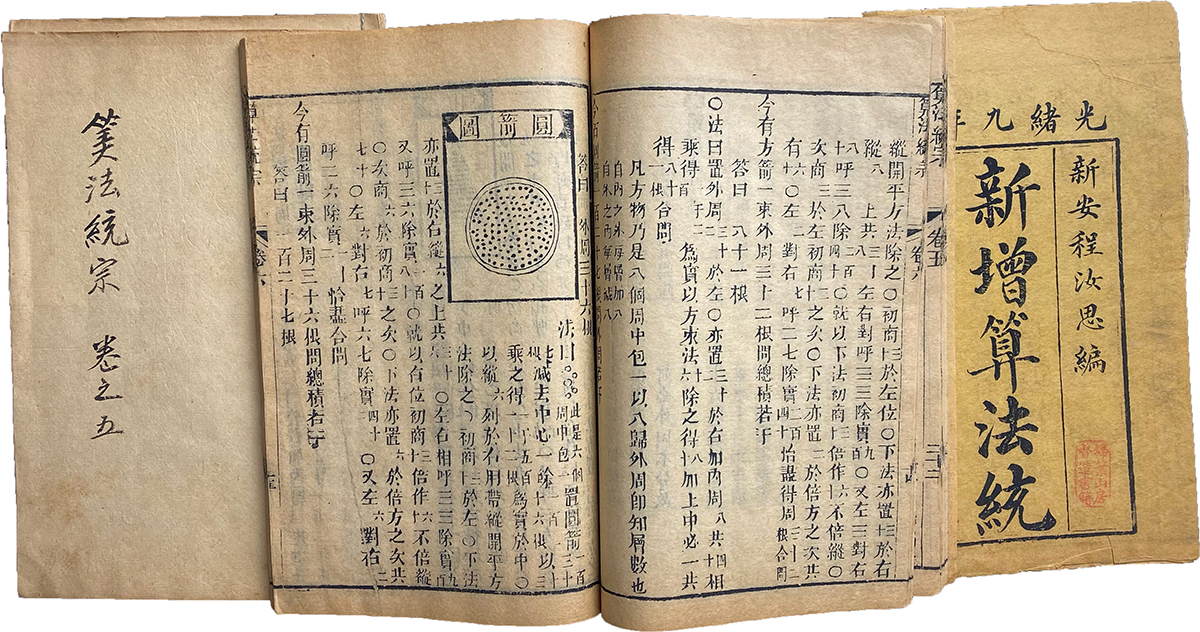 Special Collections’ newest acquisition is a six-volume treatise on computational instruments and techniques written in Chinese. Titled Xin zeng suan fa tong zong da quan [General source of computational methods], the book is the work of sixteenth-century mathematician Cheng Dawei. It illustrates in comprehensive detail the nimble-fingered system of calculation, the mnemonic techniques, and the various instruments that form the Zhusuan (Chinese: 珠算 — literally, “bead calculation”). CMU’s copy, printed in 1883, demonstrates the work’s enduring popularity: read well into the twentieth century, the first edition was printed in 1592, and it’s that edition that’s known for containing the first printed image of the abacus. It’s plainly an important book in the history of computing. Startlingly, then, the copy illustrated here is also the first Chinese book about computation acquired for CMU’s Special Collections.

In my last post, I wrote about Special Collections’ ongoing efforts to collect artifacts and books that illustrate the long and complex history of computational thought from the Renaissance to the present. I also shared some of the objects and books that fit this theme in a recent episode of Coffee with the Curator. Without exception, my examples—all drawn from the collection, some recently acquired, others long-held—were from western mathematical traditions; all were written in western languages. 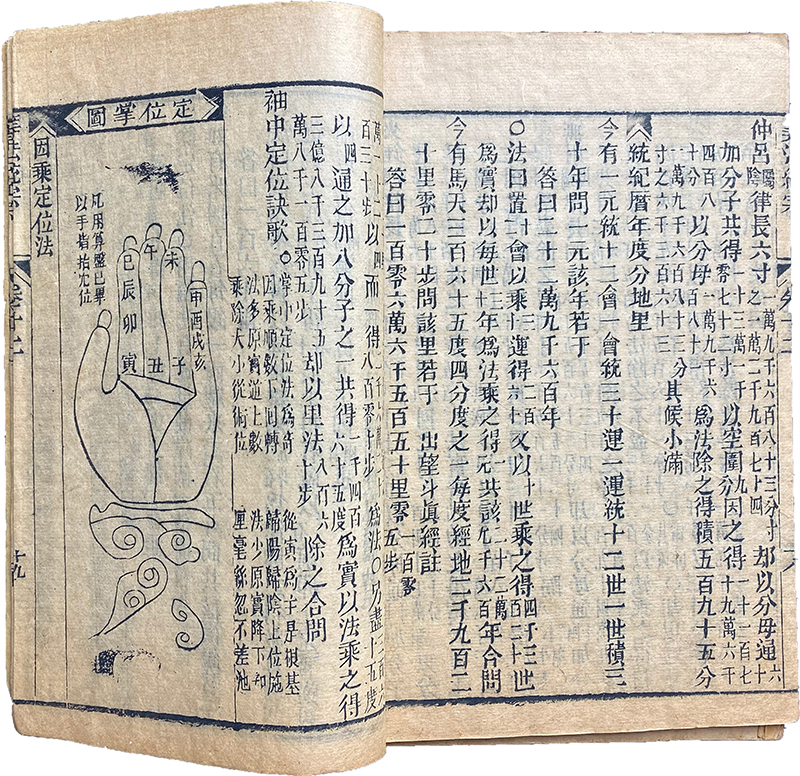 At least from our cultural perspective, the abacus—that familiar frame enclosing counting beads threaded onto rods of wood, bamboo, or metal—is a strange device. And its strangeness is often seen as an emblem for obscurity and technological obsolescence, something left behind to be replaced by newer (usually western) innovations. But in sheer antiquity and cross-cultural influence, the abacus has no competitor: the first computational instrument unique to the west (a term I construe generously to describe any device that aids in calculation) was John Napier’s ‘promptuary’, an intricate wooden apparatus invented early in the 17th century and first described in Napier’s book Rabdologiæ, printed in 1617. The abacus, in contrast, dates to the Han Dynasty (202 BCE–220 CE) and is still in use today.

It seems obvious that the computational culture of early modern China and the books that it produced be represented in a collection tracing the long history of computing—as should works from other cultures and computational traditions besides. And though this tradition is difficult and unfamiliar—I don’t read Chinese, nor can I operate an abacus…yet!—, Special Collections is now actively collecting books printed in non-Western languages in an effort to tell the full story of humanity’s longstanding preoccupation with computation and calculating machines. This acquisition marks the beginning of this effort.