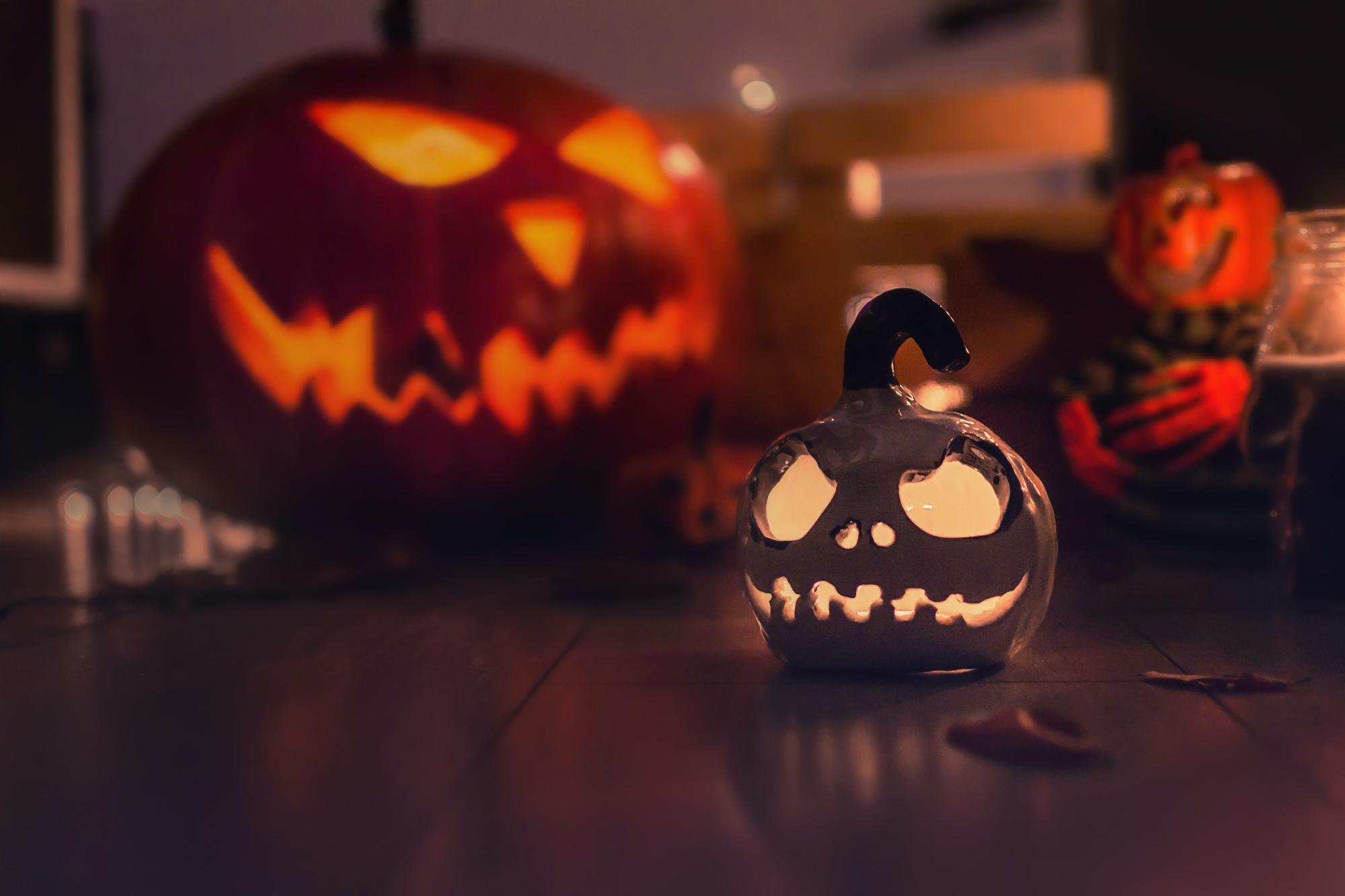 Last year around this time, I wrote a Tartan Datascapes post about the data management lessons we can learn from the 2014 film "What We Do in the Shadows" as a way to celebrate the spooky season (and yes, I know it’s not inherently a Halloween film, but I think this jumpscare alone qualifies it as a spooky movie). This year, I figured I’d continue the tradition of exploring the data management lessons in all of the scary, spooky things in popular culture that surround us during this season. Lately, I’ve taken an affinity towards horror video games, whether through directly playing them or watching "Let’s Play!" series on YouTube, and I’ve started to see some pretty irresistible comparisons that can be made between their gameplay and data management. So, in this October installment of Tartan Datascapes, let’s explore three examples of data management lessons we can learn from spooky video games!

In the frankly terrifying encounter in "Little Nightmares 2" shown in the video above, you are playing as a small boy named Mono who must traverse through a hospital filled with lots of disturbing creatures, including some unsettling mannequins who are seemingly frozen when exposed directly to light. Armed with only a flashlight, Mono must run through multiple poorly lit areas in the hospital that are consumed by these mannequins. While the video shows the player traversing this fearscape quite quickly and efficiently, trust me when I say that this took me HOURS. I couldn’t figure out how to shine the flashlight at all of the moving mannequins in a way that would let me run past into the next room, and inevitably, while I was shining the light at one mannequin, another would come charging at me from another angle. While I was finally successful after deciding to run as quickly as I could through the room while violently spinning in a circle holding the flashlight, it took me several failed attempts to get to that point and a lot of perseverance.

I’ve often found myself in similar situations when it comes to managing data in a research project, particularly when I am constantly producing and analyzing data, and as a result, quickly accumulating large amounts of data that need to be organized. I’ve gotten myself into trouble a few times when I come up with a nice file naming convention for naming my data files, but I neglect to stick with it on those days when I’m feeling crunched for time and I’m trying to finish an analysis as quickly as I can. This never ends well, as it inevitably leaves me with a folder full of unclearly named data files that are almost impossible to navigate. Even though it can feel like it takes up precious time to stop and name each data file according to your file naming convention, it’s always worth it to take that extra time. This is an area of data management where I have to use a lot of perseverance to make sure I stick to my developed data management workflow. You might find areas in your own workflow (such as writing a data management plan, creating regular backups of your data, writing documentation, etc.) where you have to use a bit more perseverance to make sure you stick with it, and that’s okay! The most important thing is that you try.

Lesson #2: Sometimes you have to explore the unknown to make progress.

When I first started playing through "Little Nightmares" in September of this year, I spent a lot of time trying to figure out all the puzzles that make up the gameplay in this often terrifying game. For many of the chapters in the game, the developers provide some pretty intuitive clues for figuring out these puzzles, while other puzzles might take a bit more exploration, and experimentation, to figure out. For example, the video below highlights a particular scene from the game where you play as Six, a small girl in a yellow raincoat who is traversing a world full of scary and disturbing creatures. Six has to retrieve a hand crank from a corner room next to the library and avoid capturing the attention of the strange, horrifying creature wandering through the book stacks. Six tiptoes across the library into the corner room, and turns on a television which distracts the creature and allows her to take the crank over to some machinery and escape from the area.

While the video makes this escape attempt appear fairly straightforward, it took me a bit of time to realize what I needed to do in order to distract the roaming creature. After exploring the library for a while and having a few unfortunate run-ins with the creature, I soon realized that they appear to have lost their sight with their remaining senses, such as sound and smell, heightened. Then, after finding my way to the corner room, I realized that turning on the television caused music to start playing, and would likely pose a nice distraction for me to carry the crank across the library and to the machinery. By taking my time and exploring my surroundings in this unfamiliar and threatening space, I made progress in the game and advanced to the next terrifying chapter of "Little Nightmares."

To make progress in our data management pursuits, we often have to explore the unknown. In this context, “the unknown” might be new software, a new analysis tool, a new storage system, or some other new thing that you are using to work with and/or manage your research data. There are a lot of really nice tools out there that can make various data management processes easier (such as DMPTool for writing data management plans), but if it’s the first time you are using them, it might feel a bit tricky or intimidating as you explore them. Take your time, and don’t be afraid to dive into a new platform or technique for your data management and explore. And if you’re feeling scared or intimidated (just like I felt in that library in "Little Nightmares"), we have folks at CMU Libraries who can explore these tools with you! You don’t have to go it alone.

As much as I tried to get through both "Little Nightmares" and "Little Nightmares 2" without looking up game guides and solutions for solving some of the puzzles, I found myself completely stumped in some parts of the games and making no progress. Eventually, I got frustrated enough and would look up various guides for the games to at least get a hint on how to solve the trickiest puzzles. While this initially made me feel like a failure, or like I had “devalued” the game by looking up minor spoilers, I quickly got over that feeling as I saw myself still progressing in the game and enjoying the gameplay. In the final boss fight of "Little Nightmares 2" (shown in the video below), I failed multiple times as I tried to destroy the music box being guarded by Six in her monstrous form.

Eventually, my frustrations mounted particularly as I knew I was so close to finishing a game that had, quite frankly, traumatized me in many terrifying ways! I finally looked up some strategy guides for this final boss fight and devised a new plan for taking down the creature. While I felt bad for looking up hints, I was able to finally finish the boss fight after several failed attempts and mounting frustrations.

In retrospect, this really isn’t that different from seeking help on data-related questions using resources such as Stack Overflow. While I’ve definitely been that person who would sit in front of their code for hours, stumped on why it wasn’t working, I’ve learned over time that asking for help is often the most efficient and effective way to keep making forward progress. Asking for help doesn’t mean that you are incapable of working with your data or an ineffective researcher - it simply means that you need help and that is okay! Instead of spending hours trying to figure out an issue in your code or stumbling through a rough data management issue, please reach out to the University Libraries Data Services team at data@libanswers.cmu.edu or use our webform to get some help that will get you back on track!

Did you enjoy learning about data management principles through video games? If so, head on over to our CMU Libraries YouTube channel and check out Pixel Datascapes, our original web series on the data management lessons we can learn from playing video games! New episodes are released each month! And, be sure to check out our “Data Management for Research” LibGuide for more practical tips on incorporating data management practices into your projects.

Featured image from @andyoneru on Unsplash.