A Legacy Lives On: The Life and Work of Lou Scheimer 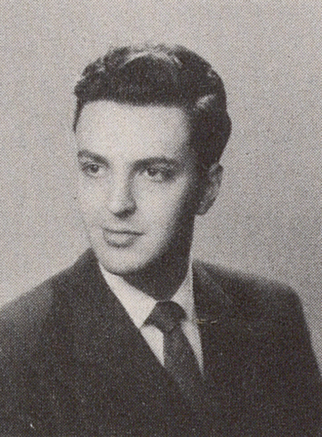 Lou Scheimer (A 1952) had a life and career that encapsulates and embodies CMU's current vision and mission to have 'a transformative impact on society through continual innovation in education, research, creativity, and entrepreneurship.'1 He cofounded Filmation Associates in 1963, and advocated for racial diversity and gender equality in many of the production company's popular, children's television shows, such as She-Ra, Fat Albert, Isis, and BraveStarr. As a result, he helped educate the growing minds of many young viewers of Filmation's series about the virtues of acceptance and tolerance. I recently had the opportunity to talk to Lou's daughter Erika about her father's days at Carnegie Tech and his career in animation.

While discussing CMU's emphasis on innovation, Erika states, 'If you're looking for innovators, my dad was an innovator.' Erika describes that Lou, who passed away in 2013, was 'a deeply humane human being—he really felt for everybody—[and] felt very strongly about the importance of diversity.' Raised in Pittsburgh's Homewood neighborhood, Lou was exposed to its diverse ethnic and racial communities at a young age; unfortunately, being the child of poor Jewish immigrants, he was also exposed to its prejudices. As Erika explains, her father 'had so much prejudice that he dealt with growing up that it was really important for him to open up kids' eyes by creating pro-social series.' Subsequently, Lou believed the only way to truly eliminate prejudice in society was to expose the next generation of growing minds to racial diversity and gender equality at an early age like he had been.

Before the portmanteau of 'edutainment' had entered into our modern lexicon, Lou was attempting to educate children not on their reading, writing, and arithmetic but on racial tolerance and gender equality via children's entertainment television. One of a multitude of examples of Lou's efforts can be viewed in the She-Ra: Princess of Power episode 'Enemy with My Face.' Drawing upon Hans Christian Anderson's tale of The Ugly Duckling, the story centers around the Melog—a monstrified personification of 'otherness'—who was initially perceived by She-Ra to be evil because of her appearance. However, She-Ra soon realizes that she has misjudged the Melog and befriends her. Through her magical Sword of Protection, She-Ra ultimately liberates the Melog from her ensorcelled enslavement to the evil witch Shadow Weaver; thereby, granting her a newfound freedom to decide her own direction in life.

Harkening back to Aesopian morals, many of Filmation's animated series would end every episode with words of wisdom. In the case of She-Ra, this sage advice would come from Loo-Kee—a particolored, procyonine sprite who would hide somewhere in every episode and reveal himself at the end. In 'Enemy with My Face,' Loo-Kee instructs his young viewers to 'think twice before you make fun of people, call them names or put them down. Treat people the way you'd like them to treat you.'2 Even in today's cultural climate, such advice from a thirty-five-year-old cartoon still resonates with a significance for children and adults alike. And while we're on the topic of She-Ra…

Lou wanted to give all children role models they could both identify with and look up to. This was the predominant factor in his creation of the She-Ra animated series. As Erika explains, Lou felt boys had a wealth of male role models on children's television shows, while 'girls were underserved,' After the enormous success of the Filmation series He-Man and the Masters of the Universe, Lou conceived the idea of giving that show's main character a twin sister who would rival him in strength and power. Erika describes that her father believed 'little girls needed to be served every bit as much as little boys' and, as a result, She-Ra: Princess of Power was born. Lou then populated She-Ra's adopted home world of Etheria with a cast of super-powered heroines to aid her in her struggle against The Evil Horde.

Fast-forward to 2018 and the new DreamWorks reboot of She-Ra on Netflix. Now retitled She-Ra and the Princesses of Power to highlight every superheroine from the original series, this modern interpretation of the Filmation series has garnered critical praise for further diversifying the cast to even include LGBTQ+ characters. In a recent interview, DreamWorks's Vice President of Development Beth Cannon stated, 'I grew up watching She-Ra. I was just a huge fan of the property because, honestly, there wasn't that much for girls [on television] at the time…we [the developers of the She-Ra reboot] felt like young girls needed a new sort of superhero to look up to.'3 One cannot help but notice that her words parallel Lou's original purpose for creating the Princess of Power some thirty-five years prior.

As my conversation with Erika draws to a close, she states that her father's undergraduate career at Carnegie Tech 'was extremely foundational…his biggest takeaway from his time at Carnegie Mellon—that he used throughout his career—was his ability of problem-solving.' One really needs to look no further than Filmation's back catalog to corroborate such a statement. While Lou Scheimer wasn't looking to transform the animation medium through technological innovation, he was looking to utilize it as a platform to help solve the very real problems of racial intolerance and gender inequality in society. By educating a new generation of young minds about values of decency, compassion, and acceptance through children's entertainment, Lou was attempting to help transform society into one where every child had someone that they could identify with and emulate on television. And with Netflix renewing the She-Ra reboot for a second season, Lou's legacy of inclusiveness, diversity, and equality in children's television lives on.